Save up to £1,016* on your energy bills with our stunning energy efficient homes – EPC “Band B” rating - click here to find out more.

Darren Cocker named as Young Construction Professional of the Year

A senior site manager at North-east housebuilder Bancon Homes has been named Young Construction Professional of the Year at the 2019 Trades Awards.

Held on Friday night (June 7) at the Mercure Ardoe House Hotel and Spa in Aberdeen, the annual Trades Awards reward and recognise trades people and trades businesses in the North-east of Scotland.

Darren Cocker triumphed in his category, which was open to young professionals who have excelled in their field.

Speaking after collecting his award from Michelle Forth, chair of category sponsor Aberdeen Association of Construction Professionals, Darren said: “The level of professionalism that all the finalists demonstrated made it impossible to be confident of winning and I’d like to congratulate all my fellow finalists.

“To have my name called out as the winner was incredible and real recognition of the work I do, and I’d like to thank everyone who supported me and helped put my application together.

“I would also like to thank my team at Bancon Homes and at the Gathimba Edwards Foundation for supporting me and encouraging me to do well – the construction industry is all about team work!” 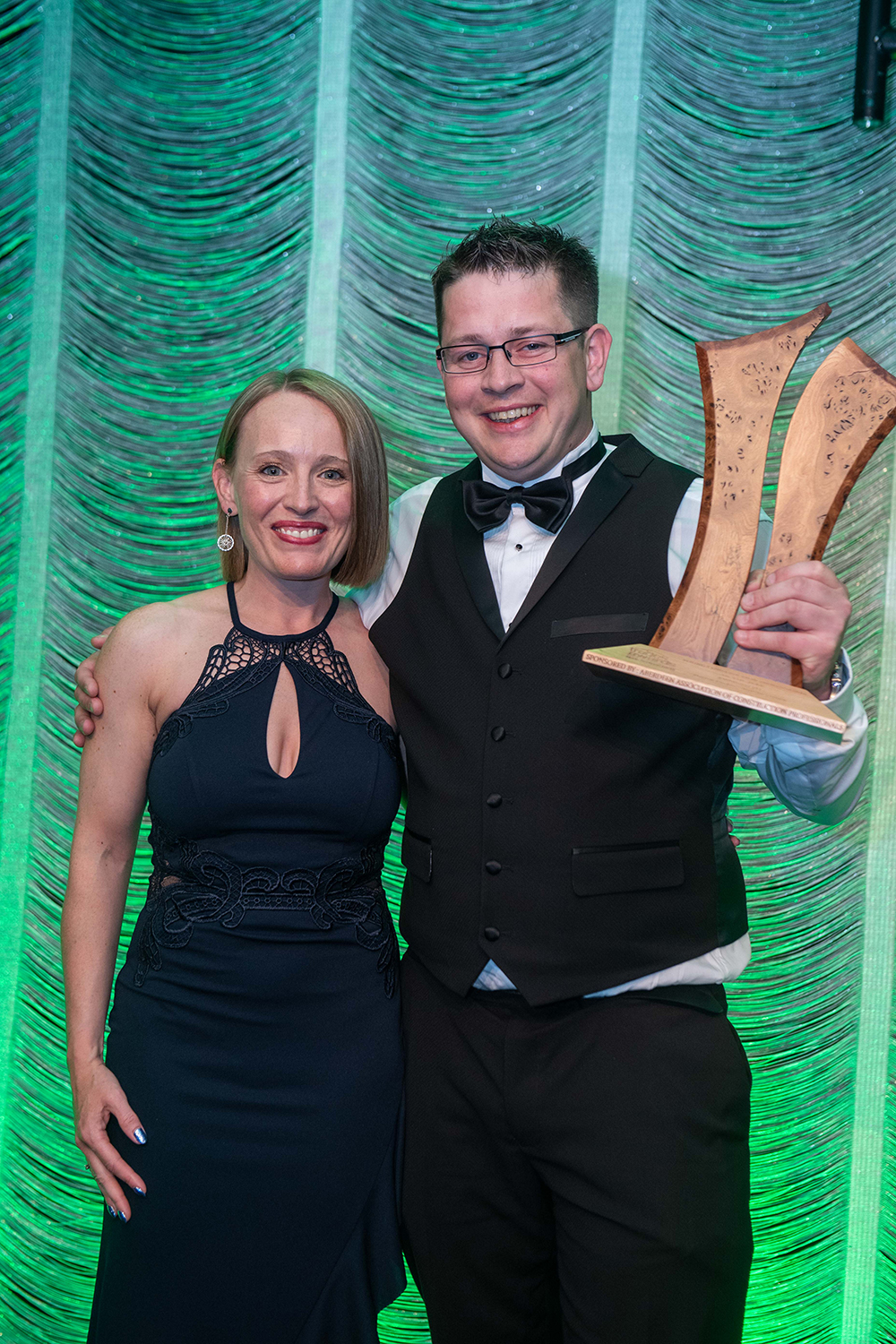 Darren, who joined Bancon Homes in 2017 as a site manager, left school to qualify as a joiner and after serving his time for six years, moved into his first management role.

In his spare time, Darren volunteers with the Gathimba Edwards Foundation and has led its Kenya based construction projects for the last four years. As well as project managing the annual building trip, Darren has helped to build a 16-bed dormitory and 14 houses to house 75 Kenyan children.

Allan Clow, managing director of Bancon Homes, said: “We are thrilled for Darren and proud that he has received this well-deserved award, which recognises his professionalism, natural talent and determination to succeed in the construction industry.”

The event recognised 14 individuals and businesses for their commitment to the sector, as well as their ingenuity in their work.

Mike Wilson, managing director of Mearns & Gill, organisers of the Trades Awards, said: “Once again, the Trades awards have uncovered 14 incredible individuals and businesses, who are all helping to put the north-east construction industry on the map.

“This year has been incredible for many reasons. From the fact that we have our highest number of female finalists ever, ranging from joiners to architects, to seeing that so many companies now understand the importance of embracing innovation, to the development of the industry.

“We would like to thank everyone who continues to support the Trades Awards, allowing it to become a platform that all disciplines within construction can come together to celebrate success, and showcase the talent and expertise that we have here in the North-east.”

Bancon Homes has been building homes in the North-east of Scotland for more than 30 years and has an exceptional reputation for design, quality and range of properties from apartments to villas which suit all types of buyers.

For details of Bancon Homes’ developments, including Lochside of Leys and Oaklands in Banchory, Kinion Place and The Roses at Eden in Aberdeen and Monument View in Inverurie, visit www.banconhomes.com

Thank you for signing up to our newsletter.